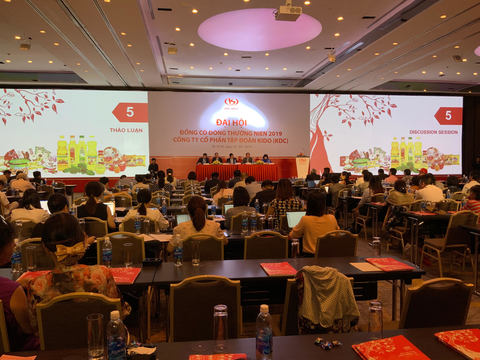 Food producer KIDO Group has unveiled its business plans for 2019 with a focus on four main strategies.

These strategies would apply to both the canned and chilled food segments, she said.

KDC is seeking to identify merger and acquisition opportunities and tie up with original equipment manufacturers.

It will support member companies like Vocarimex and Tuongng An Vegetable Oil Company cope with difficulties caused by raw material price volatility.

KDC said 2019 would be a tough year due to the trade dispute between China and the US, which is roiling financial markets.

Furthermore, the fast-moving consumer goods market has been slowing down.

The increase in electricity tariffs is expected to affect the company, especially its chilled food segment.

But KDC remained confident of achieving the goals saying there is much room for growth in the cooking oil and ice cream segments.

It is also banking on the country's rapid economic growth and trade agreements to increase opportunities.

Lieu said the company had a tough 2018 when cooking oil prices kept falling.

KIDO used to be a confectionery producer until two years ago. — VNS