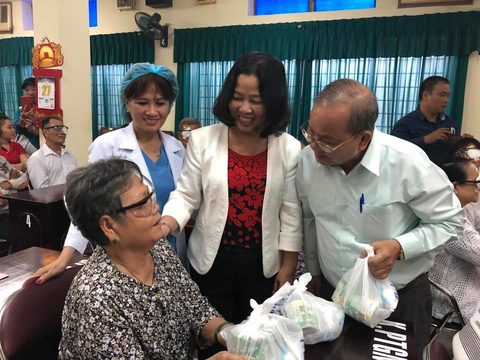 Representatives of KIDO give gifts to a cataract patient

It will soon be expanded to nation-wide.

For many years KIDO has been sponsoring charity programmes like giving gifts to disadvantaged people during Lunar New Year and subsidising health insurance for poor families and Vietnamese Heroic Mothers.

KIDO is one the biggest food producers in Viet Nam and its line-up includes cooking oil, ice cream, instant noodles, and canned foods.

In 2001-17, the company spent VND6.3 billion on social responsibility programmes, including funding surgeries for 6,870 cataract patients.