Kinh Do eyes acquisitions to grow 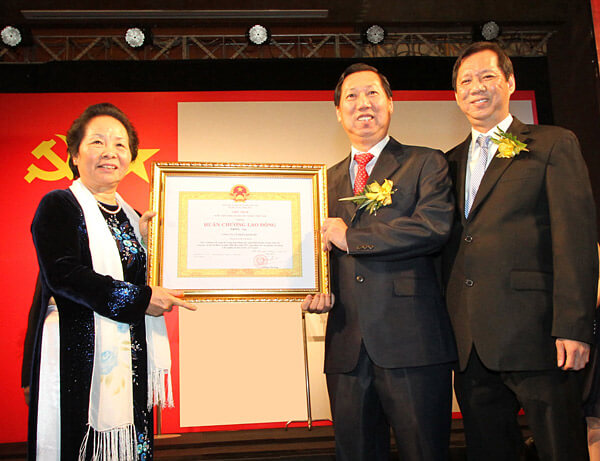 Leading confectionery and foodstuff producer Kinh Do Corporation has announced plans for mergers and acquisitions.

Its general director, Tran Le Nguyen, told a ceremony held to mark the company's 20th anniversary in HCM City on Monday: "We will continue to seek more investment opportunities in companies that are suitable for our strategy.

"Besides, the corporation will strengthen joint ventures and co-operation with partners to develop its brands in international markets."

In the coming years food would remain the company's core business, he promised.

Other executives said the company is growing at an average of 20-30 per cent per year, adding it is likely to achieve profits of VND600 billion ($28 million) on revenues of VND5 trillion ($238 million) this year.

To honour its achievements, Vice President Nguyen Thi Doan conferred the Labour Medal on the company and two of its top executives.

On the occasion, Kinh Do announced a donation of VND2 billion ($95,000) to The National Fund for Vietnamese Children, HCM City Fund for the Poor, and The HMC City Sponsoring Association for Poor Patient.

It has exported its products to more than 30 countries.