Confectionary business continues to be stable against a negative environment

Gross margins improve due to reductions in raw material costs.

Business restructuring continues with the disposal of non-core and under-performing investments. 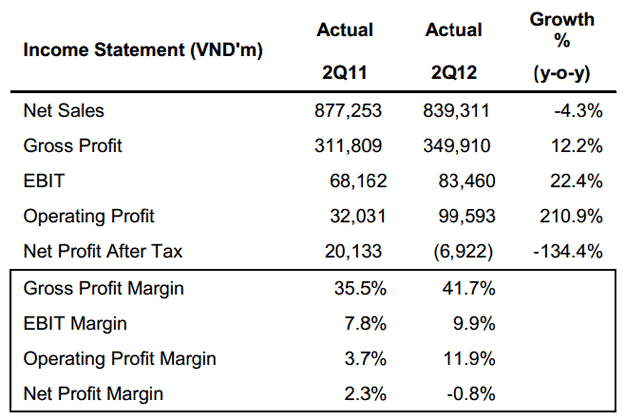